There is a long tradition of Art and Music in Robin Hood's Bay, and this continues today.

One of the most famous artists associated with Robin Hood's Bay was James Ulric Walmsley (1860-1954), who was a founder member of the Fylingdales Group of Artists.  Today there is a thriving Art Group as well as a number of very talented artists living in or associated with the village.

Robin Hood's Bay also has a vibrant music scene with live music playing somewhere most nights.  The Folk Club meet on Friday evenings in the Dolphin Inn, with regular guest musicians.  And in June there is the ever popular Robin Hood's Bay Folk Weekend.

Keep an eye on our "What's On" calendar for details of Art and Music events happening around the village. 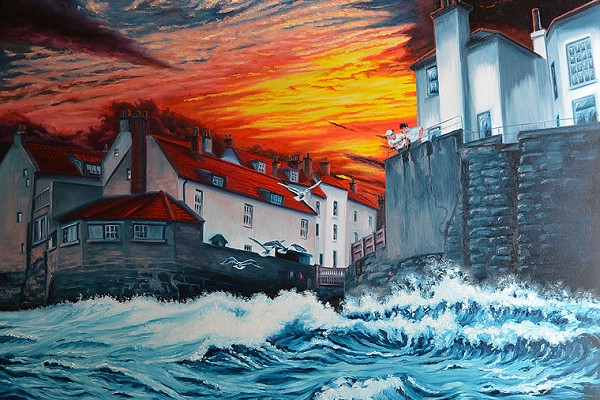 John Henny studied graphic design at the Bradford College of Art and went on to open his own design studio in the late 70’s. After 35 years in business, he and his wife decided to seek the good life in 2014. Specialising in portraits and seascapes, John has painted and drawn for all of his life. Born in Bradford, he now lives in the “Paradise” that is Robin Hood’s Bay in North Yorkshire, where he finds inspiration and paints on a full time basis. Find out more 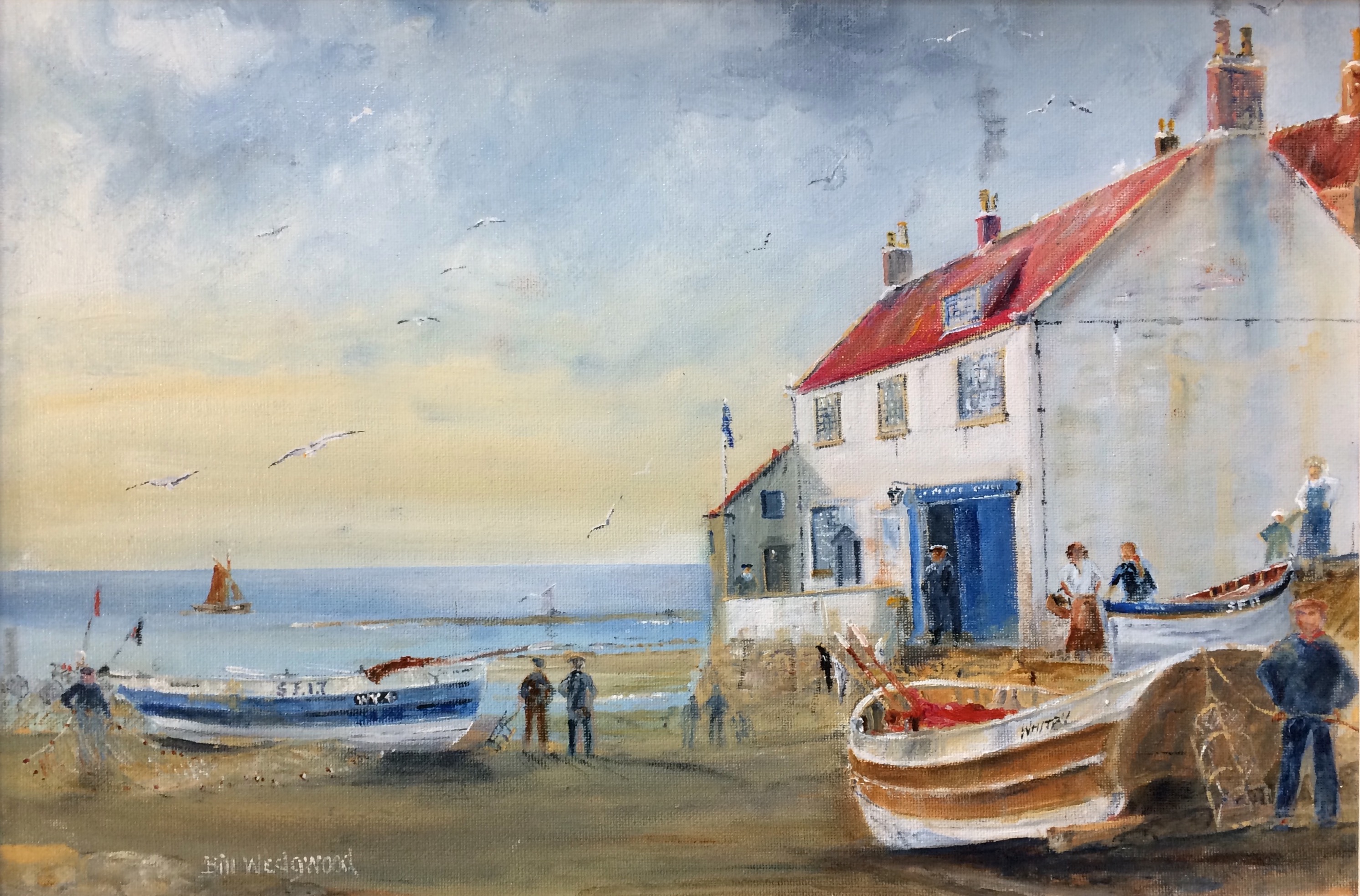 Bill Wedgewood lived in Robin Hood's Bay for most of his life.  He was born in the old part of the village about 100 yards from the sea.  He was connected with the sea all his life, working in the shipyard, serving in the merchant navy, the Auxiliary Coastguard and the lobster, salmon and cod fisheries.  He drew on his experiences of the sea for his paintings which are mainly of ships, fishing boats and the sea in its many moods.  He continued painting until well into his eighties, and held his last exhibition in the Old Coastguard Station in 2018.  He passed away peacefully in July 2019. 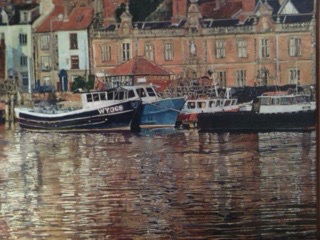 Sandy Tipper-Wolverson studied Art and Design at Hull College of Art as a mature student, and has lived in Robin Hood's Bay for many years.  She specialised in Fine Art, graduating in 1982. She has shown widely and taught Art at Hymer's College in Hull and lectured at the Polytechnic. Since her retirement from teaching she has concentrated on her own painting, which relates strongly to family themes. Find out more

Isabel Blincow was born in 1940, during the Sheffield Blitz. In her early career, Isabel taught Art in secondary schools in Sheffield.  Whilst her children were young, she took up an adult evening education post teaching Textiles and Machine Embroidery.  Today, as well as being a professional artist, Isabel teaches Watercolour, Acrylics and Creative Needlework to adults in day classes.  Isabel and her husband Graham own a cottage in Robin Hood’s Bay and spend about 20% of their time living in the village and contributing to the local community. Find out more 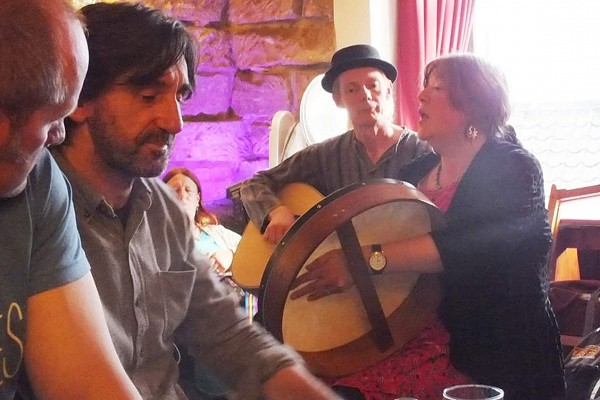 The Robin Hood's Bay Folk Club meets on Friday evenings in Ye Dolphin on King Street, from 8.30-ish. We have a varied programme of guest artists every 4 to 6 weeks, with singers and musicians sessions in between. We welcome performers and listeners from far and near to help us keep alive the local tradition of music and singing. There is no admission charge - but beware the exhorbitant raffle! For further details and programme of guest/special nights visit our website at: http://folkclub.rhbay.co.uk 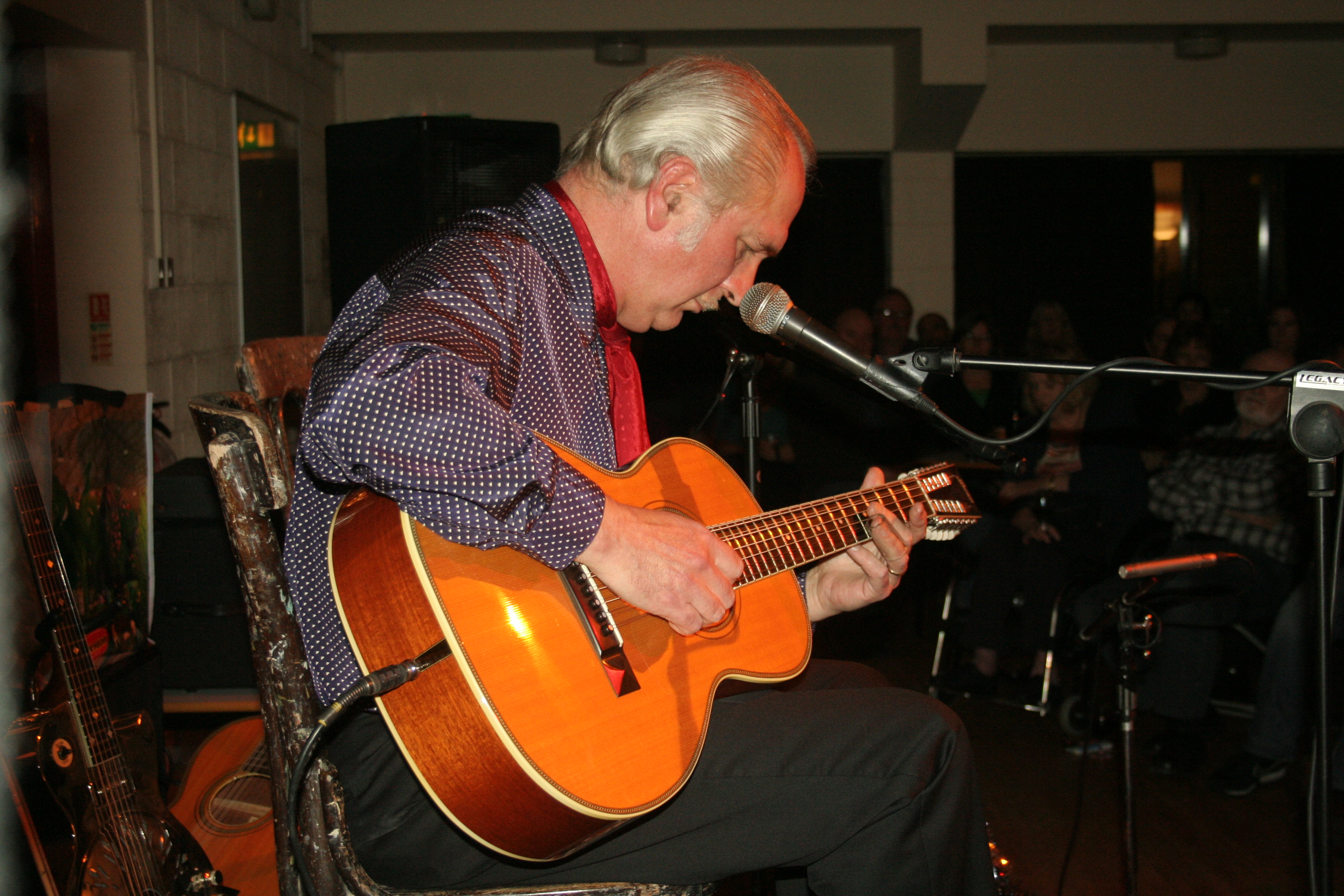 Steve Phillips made his name as a blues guitarist and singer, and as a founder member of The Notting Hillbillies, alongside Mark Knopfler (Dire Straits). Steve Phillips and his band, The Rough Diamonds, have been performing locally for over 20 years. The band is made up of top class musicians and the evening is often host to fantastic guest performers, which has included in the past, Mark Knopfler, Gordon Giltrap and Brendan Croker.  Steve Phillips and The Rough Diamonds perform every Tuesday evening from 9pm at The Grosvenor Hotel. Further details and a list of upcoming guest artists can be found at www.facebook.com/stevephillipsmusic. 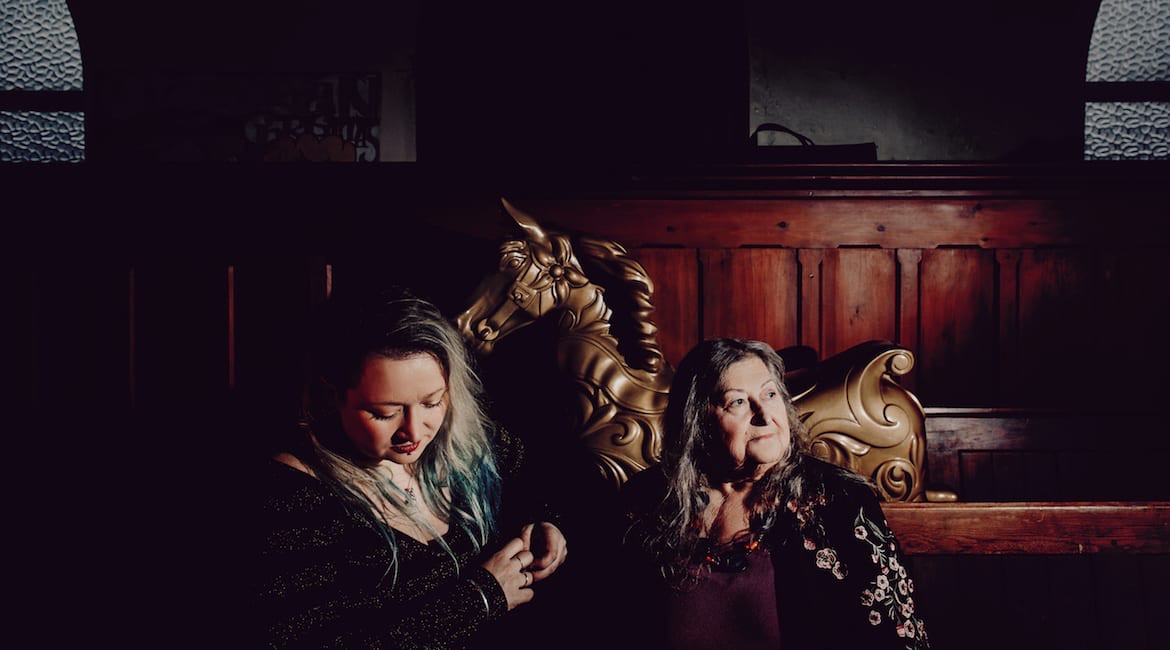 Eliza Carthy was born into a formidable musical dynasty whose roots are in Robin Hood's Bay. Her mother Norma was one of The Watersons, whose tight harmony arrangements of traditional songs became one of the defining sounds of the 1960s folk revival. Her father, Martin Carthy, is a hugely significant singer and guitarist, who influenced the likes of Bob Dylan and Paul Simon. As a youngster Eliza was profoundly inspired by the incredible range of traditional and contemporary musicians who were part of the Waterson/Carthy world. But far from being a copyist, Eliza began from an early age to develop her own, unique approach to traditional music. This was at least partly because of her own vastly eclectic tastes: she is knowledgeable about and interested in musical traditions from all over the world, which continue to fuel her creativity to this day. Find out more

Billy Lake Up is a relatively new, local 6 piece band, with all members from Robin Hood's Bay and Whitby.  They have been together and gigging in the local area for over 2 years.  They mostly write and perform their own songs, with the odd cover version thrown in.  They have performed live on BBC Radio, and had their material played on BBC Tees, BBC York and Radio 6 music.  Their style is quite unique, but could be best described as Soul/Rock.  Find out more